Natalie Portman decided to use method acting during the filming of Black Swan, and she suffered quite a lot during that time. She started preparing for her role as Nina Sayers more than a year in advance, by working with a ballet choreographer, so she would look like a ballerina.

Even when Natalie was filming other movies, she would wake up at 5:00 a.m., and do five to eight hours of barre work and dancing a day, six days a week with Mary Helen Bowers, a former New York City Ballet dancer. 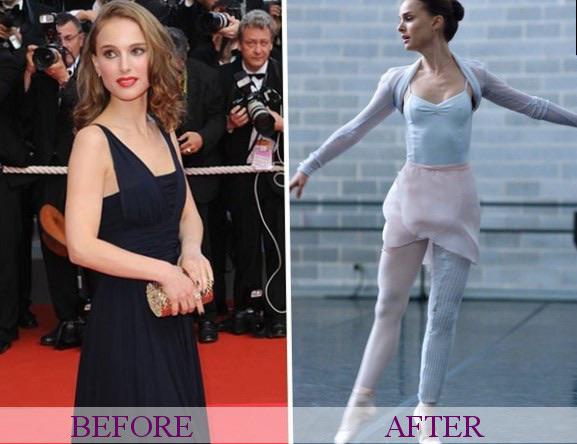 Portman studied ballet until age thirteen when she decided to pursue acting. Still the actress knows professional ballerinas dance 10 to 12 hours a day, six days a week for years and years. She knew she had to approach the role of a professional ballerina seriously, so her form and body would resemble a true ballerina.

Natalie did work her way to dancing en pointe, meaning on her toes, though a body double danced many sequences when the character was en pointe.

“There are such physical markers for ballet dancers,” Bowers said, “we thought that was as important as being able to move.”

Natalie added what she went through while preparing to film and then during the actual filming of Black Swan. “You don’t drink, you don’t go out with your friends, you don’t have much food and you are constantly putting your body through extreme pain, so you get that understanding of the self-flagellation of a ballet dancer.”

The diet was tough, and an already petite Portman lost twenty pounds before filming began. She weighed a mere 98 pounds while filming the whole movie. She was living on a diet of carrots and almonds, and sometimes filming would be postponed for two to three weeks, and Natalie would be upset since she wasn’t eating, and she couldn’t sleep because of the toll the diet and near starvation were having on her.

Filming would stop because incredibly, there was no money for that movie to shoot, so production would stop. 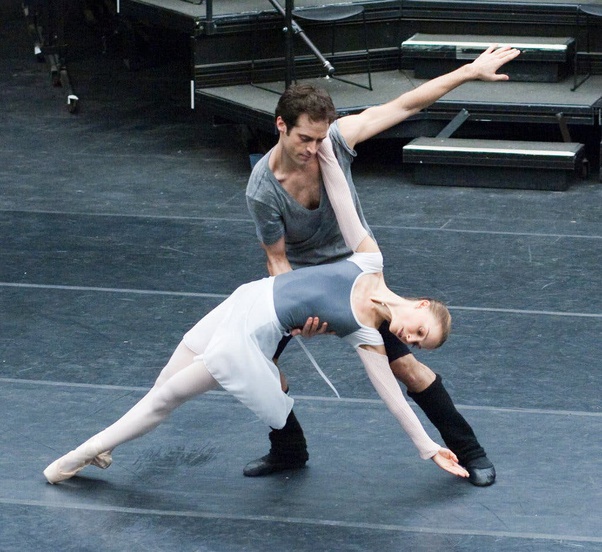 Natalie Portman truly suffered to become that prima ballerina in the film (and Mila Kunis also lost twenty pounds for her role in the same film), and while shooting a lift, Portman suffered a dislocated rib. Filming had to go on, so the choreography was adapted to cause the least amount of pain.

But the rigors of shooting, training five hours in the morning, and dancing with bloody toes and hurt ribs, meant Portman did feel pain throughout shooting.

Real ballet dancers from the Pennsylvania Ballet formed the corps in the film, and the dancers gave Natalie many corrections, so she would look like a true ballerina. After filming wrapped, Natalie ate pasta for breakfast, lunch, and dinner to celebrate. And the movie, Black Swan, helped the lives of many professional ballet dancers who live in a culture of bullying. 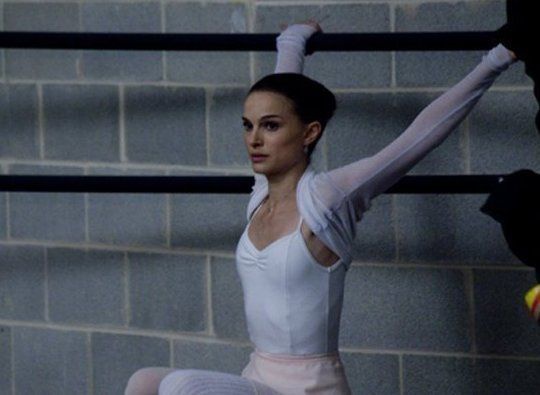 The ballet masters and teachers and choreographers have become kinder since that film came out, when they witnessed what a true dancer goes through physically, emotionally, and psychologically.

Portman became Nina Sayers. And it affected part of her life.