Luke Terrio’s mother noticed something was wrong when he was only seven months old. He suffered from recurrent ear infections, grew red spots on his forehead, and was often exhausted.
His growth slowed, and the antibiotics he was prescribed to cure his recurrent infections no longer worked.

Luke’s primary care physician at Children’s Hospital of Philadelphia (CHOP) conducted a battery of blood tests and discovered something was wrong right away: Luke lacked antibodies.

Luke’s CHOP doctors initially suspected he had X-linked agammaglobulinemia (XLA), an unusual immunodeficiency disease that affects infants. However, when the CHOP research team dug further into Luke’s situation, they discovered that his illness was unlike any disease previously identified. 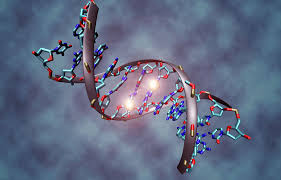 Luke’s genetic defect, which stops Luke and other patients like him from producing B cells and antibodies to combat pathogens, was discovered by CHOP researchers using whole-exome sequencing to scan Luke’s DNA.
The article explaining Luke’s disease, called PU.1 Mutated agammaglobulinemia (PU.MA) by CHOP researchers, was published today (May 5, 2021) in the Journal of Experimental Medicine.

“I was so impressed with how all of the specialists at CHOP worked together as a team, even though they specialized in different areas,” said Luke’s mother, Michelle. “They knew something was wrong with Luke, and they didn’t stop digging until they figured it out.”

CHOP researchers compared whole-exome sequences from 30 patients born without B lymphocytes, the cells that contain antibodies, from around the world to find the gene at fault. They found six patients, including Luke, who had a mutation in the SPI1 gene, which encodes the PU.1 protein, from the wider population.

PU.1 helps B lymphocytes developing in the bone marrow to open up “doors” in their chromatin, a type of tightly packed DNA. Without PU.1, those door remains shut, and the B cells never form.

The six PU.MA patients, who ranged in age from 15 months to 37 years, each had different SPI1 mutations but shared insufficient levels of PU.1, absent B cells, and, consequently zero antibodies.

The researchers used CRISPR to recreate the condition in vitro to confirm the roles of SPI1 and PU.1. The researchers used CRISPR to edit SPI1 mutations from donated cord blood genes using donated cord blood from patients who did not have SPI1 mutations.  They discovered B cells were clearly intolerant of PU.1 variations after culturing the cells for six weeks and sequencing the cells that survived.

Luke’s older brother, Jack donated his bone marrow to Luke. Luke was able to produce his own B cells as a result of the transplant. Until those B cells are able to create enough protective antibodies by themselves, Luke continues to receive infection protection from the antibody infusions he gets every two weeks.

Luke is now a lively 4-year-old who enjoys Transformers, firetrucks and riding his balance bike. He required naproxen twice a day for joint pain, leg braces to straighten his legs, and would lay on the floor tired tire after 10 minutes of movement until his bone marrow transplant and infusions. He now seems to be often playing, with his dog Charlie chasing behind him.

“Figuring out Luke’s case not only helped guide his therapy and gave answers to others suffering from this rare condition — in some cases for years — but also opens the door to learning more about the effects of PU.1 on a variety of more common human diseases and conditions.”